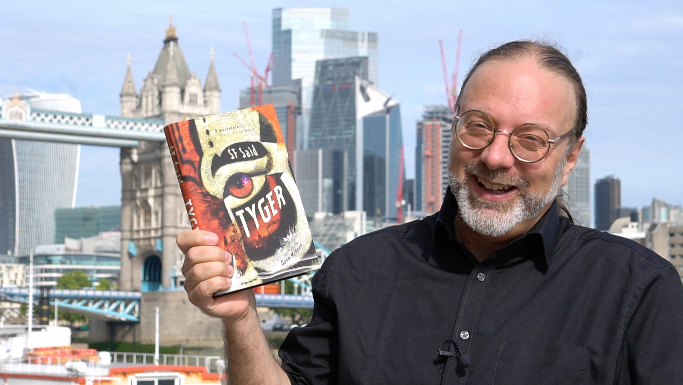 It was a fantastic afternoon. World renowned author of Varjak Paw, SF Said made a special visit to Iqra Primary School to talk to the children about his journey from a novice writer to a published author. Year 3-6 listened with fascination as he spoke about his failu 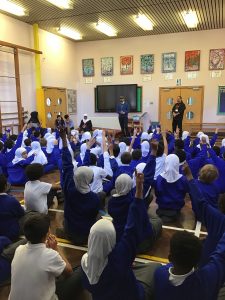 res, 90 rejections and 20 drafts before he found success with his first published book.

However, SF Said was in for another special reason. Two years ago, during Covid, the author reached out to Iqra to ask for their help. He had just finished writing his novel Tyger and wanted some feedback from the children. This book was special to SF as it was the first time that he had written a story with Muslim characters as the main heroes. Likewise, it was important to us as we are keen on our children seeing themselves represented in the books that they read so we jumped at the chance to help. We organised 12 children from Years 3-6 who read an early draft copy of the book. The children gave their opinions and SF Said listened adapting some parts of his story. It was a fantastic collaboration which allowed children to be part of the world of publication and to understand how books are produced.

Two years later and SF contacted us again to tell us that the book had been finally published and he wanted to come back to say thank you to the children. We invited some of those children back (who had left the school by now and were in Years 7 and 8) and they all received signed copies of the book as a gift. 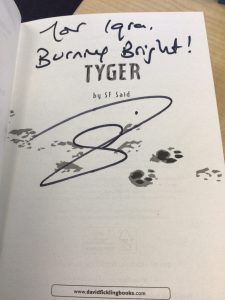 We ended the day with a book selling event which was attended by parents who had been dragged in by their excited children. Thank you to all those parents who invested in their children’s reading pleasure. 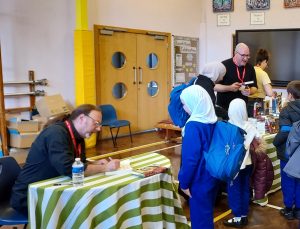 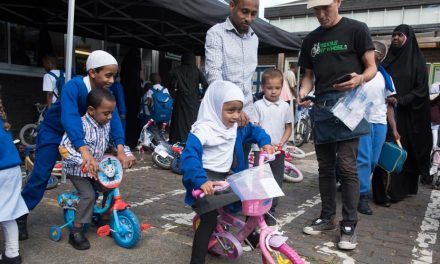 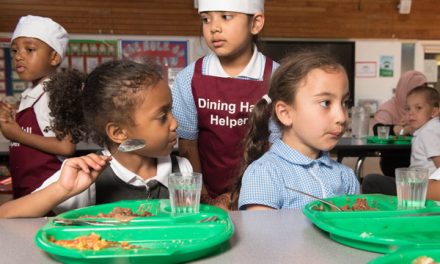 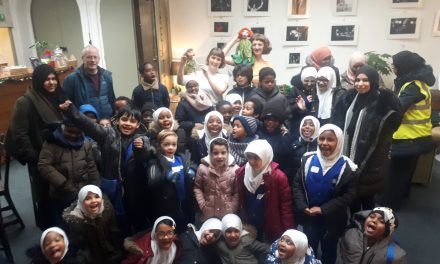 The Selfish Giant at Omnibus Theatre